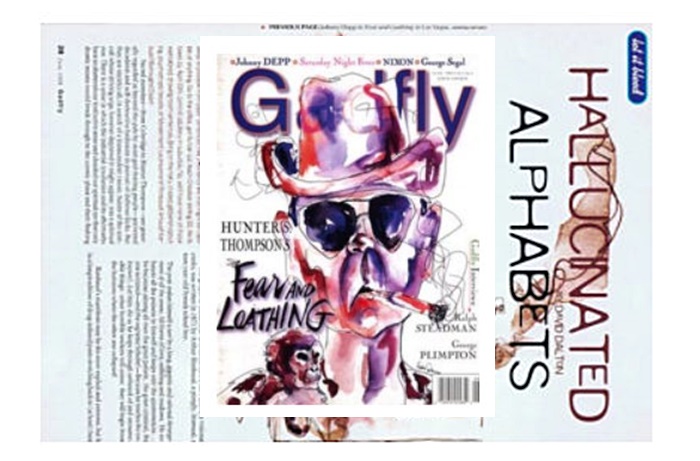 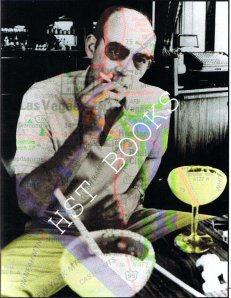 (From Gadfly) “Created in February 1997, Gadfly launched as a full-size print publication in January 1998, morphed into a heftier bi-monthly in the fall of ’99, and folded with the March/April ’01 issue. Called “odd, eccentric and eclectic” by The Washington Post, the Reader selected Gadfly in 1999 for best Cultural Coverage for their Eleventh Annual Alternative Press Awards. “Gadfly’s stupendous eclecticism makes this glossy bimonthly second only to the Library of Congress as a warehouse of American pop culture,”

Soon after Gadfly folded with the March/April 2001 issue, the creative forces behind the print magazine launched Gadfly Online. Unlike the print magazine, the demands of publishing five times a week combined with the reliance on electronic dissemination opened us up to a number of new authors and varied subjects as well as new possibilities. Unlike the hard copy, where material had to be prepared months in advance, we could be time oriented. Suddenly, we had columnists, and in a fortuitous arrangement, weekly dispatches from Paris. About the only strictures followed were trying to break the pieces up into categories of Art, Book, Film, Music and Issues (and a few subcategories). Whatever could not be classified simply ended up in Issues.

A little over a year later, when Gadfly Online ceased publishing new articles and material, we had amassed a diverse body of work that existed like the print Gadfly, to celebrate the creations of artists and unique individuals. Hopefully, in the process, we made our own contribution.” 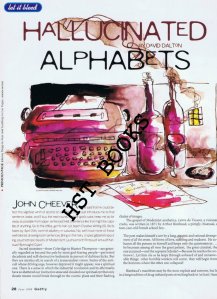 Gadfly magazine, if you want my two cents worth, it’s a little gem, and a rare gem at that. The June 1998 issue, Vol. 2 No 6 is packed with HST, and HST-related stuff. Included inside is “The Seven-Ton Typewriter: Chronicles of Rage” by Peter Whitmer. “Fear and Loathing at the America’s Cup” an interview with Ralph Steadman by Gadfly staff. “New Journalism: Fact or Fiction” by Amy Nickell and Tanya Stanciu.  An interview with Tony Grisoni, co-screen-writer of the movie “Fear and Loathing in Las Vegas” by Jason Whitehead. And a conversation with George Plimpton about Truman Capote. Also there is a great center-fold picture of Johnny Depp on set in the Las Vegas movie.

I had a copy of this a few years ago but it got lost somewhere, or it got eaten by a gold fish. Either way it’s gone. Then Kevin Ring (Editor of Beat Scene magazine) emailed me to say he had a copy, a few days later it landed on my door step. So a big thanks to Kevin for that. All the pictures you see are a few I scanned from the magazine, there are a lot more. 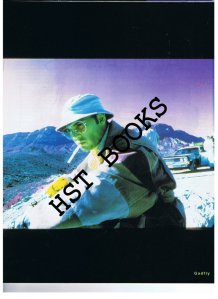 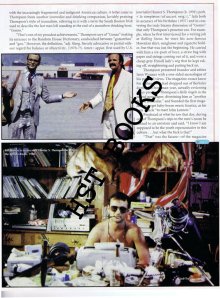 A long time fan of Hunter S. Thompson and long time book collector. Gentleman and a scholar. A pillar of society. A fine judge of wine and everything that ennobles the human struggle.